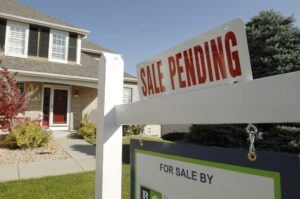 Charlotte has landed atop a list by Zillow predicting the nation’s hottest housing markets in 2023.

With the national housing market expected to continue to cool this year as affordability issues dampen demand, Zillow says it finds Charlotte as best equipped to navigate those choppy waters based on a couple of key factors.

For starters, Zillow forecasts the Queen City to post the second-highest growth in home values among the nation’s largest metros this year, following Tampa, Florida. It also ranks second for anticipated growth in owner-occupied households, trailing Austin, Texas. Zillow projects that the Charlotte metro will see a 6% increase in owner households from 2022 to 2023.

Fast appreciation in homes values, however, was not a prerequisite for landing on this year’s list, Zillow (NASDAQ: ZG) says. In Charlotte, for instance, home-value growth this year is projected to be much slower than its 11.8% pace of 2022.

The once-hot housing market has slowed since its peak mid-last year, as higher mortgage rates and a long run of rapid home-price growth has led to lower home sales and weakened demand.

“This year’s hottest markets will feel much chillier than they did a year ago,” says Anushna Prakash, economic data analyst at Zillow. “Markets that offer relative affordability and room to grow are poised to stand out, especially given the prevalence of remote work.”

Zillow economists expect that affordability will stabilize this year.

“The good news for buyers is that monthly housing costs have stopped climbing,” Prakash says. “Home shoppers who can overcome affordability hurdles will find a more comfortable market this year, with more time to consider options and less chance of a bidding war, even if they’re shopping in one of the hottest markets.”

To compile its 2023 ranking, Zillow analyzed the largest U.S. metros based on projected home-value growth, recent housing market velocity and anticipated changes in the labor market, home-construction activity and number of homeowner households.

Charlotte was one of just four metros that made Zillow’s list both this year and last, which Zillow says reflects the quickly changing dynamics in the housing market. The other markets are also all in the Southeast: Nashville, Atlanta and Jacksonville.

Austin, Texas — named 2021’s hottest housing market — fell to No. 29 this year due largely to its high cost of living.

Despite earning the top spot on Zillow’s list this year, Charlotte was notably missing on a couple of other rankings of top housing markets for 2023 that were released late last year. The local metro wasn’t included on the National Association of Realtors’ list of the top-10 real estate markets to watch in 2023 and beyond, nor was it found among Realtor.com’s top-10 real estate markets of 2023. Each uses various sets of criteria and data to determine their rankings.