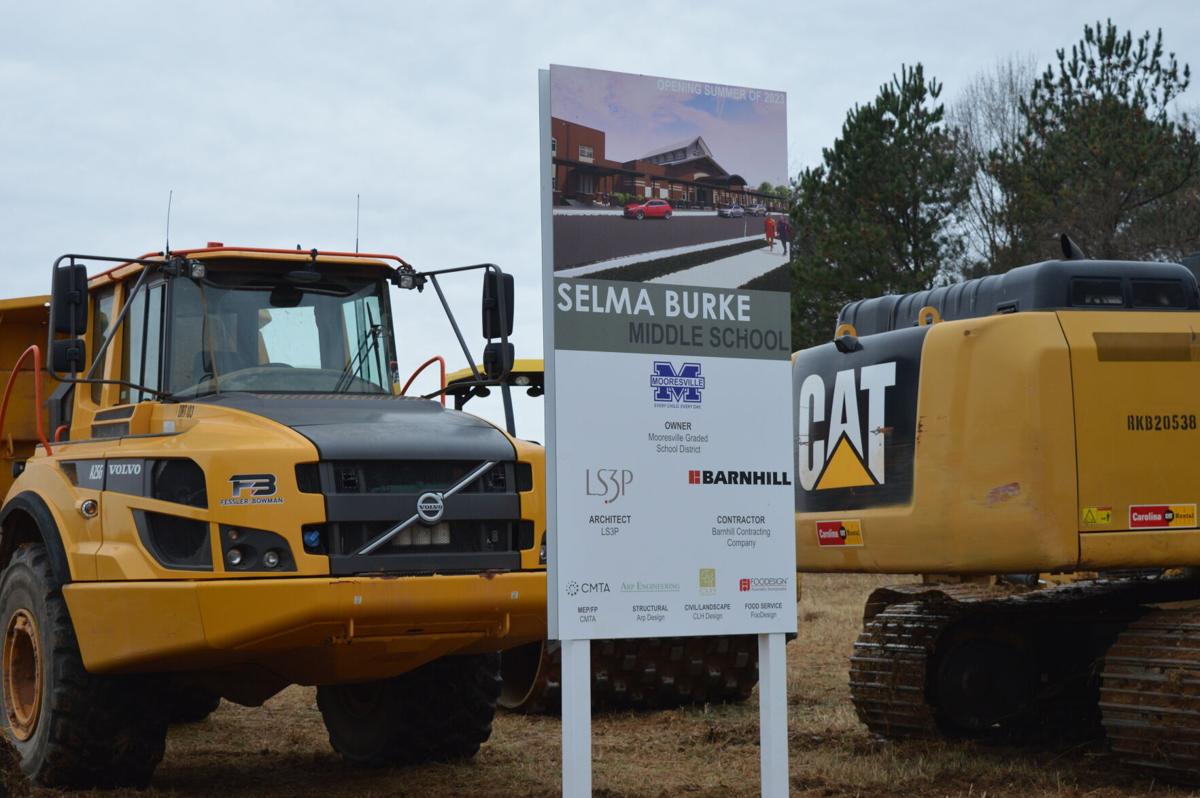 Although Wednesday was cold and gloomy, MGSD Board of Education Chair Roger Hyatt called it “a beautiful, glorious day” because the years-long effort to build a second middle school had finally come to fruition.

The construction of the Selma Burke Middle School, at 235 Rinehardt Road, will provide more space for students and staff, Hyatt said.

“This building will serve middle school children in Mooresville, but because of what will come here, we will create capacity in all of our schools,” Hyatt said.

Superintendent Stephen Mauney thanked stakeholders for “working tirelessly” over the years to identify the need for a new middle school and get the construction project approved by the voting public.

The construction of the new middle school will allow for the reconfiguration of grade levels, which will free up space at most MGSD schools, Mauney has previously said. Rocky River, Park View and South elementary schools will be able to move students currently utilizing portable classrooms inside the school buildings by housing K-second grades instead of current K-third. The district’s two intermediate schools will house third-fifth grades instead of the current fourth-sixth and the two middle schools will house sixth-eighth grades instead of Mooresville Middle School housing seventh-eighth grades. Mooresville High School will remain the same and house ninth-12th grades.

Funding for the construction of the 900-seat Selma Burke Middle School is covered by $35 million in bond monies approved in spring 2020 by voters and an additional $6.5 million in bond reserved funds originally to be used for renovations at two district elementary schools. The Iredell County Board of Commissioners also helped fund the project with additional monies.

The school will be named for Selma Burke, an African American woman born in Mooresville in 1900. She was a sculptor most known for her bas relief portrait of President Franklin D. Roosevelt. Burke’s portrait later became the inspiration for the president’s image that was placed on the dime.

Construction has an expected completion date of July 2023 with the school opening for the 2023-24 academic year, Mauney said. The school’s mascot will be the bear and the colors will be black and gold.

MGSD has hired Barnhill Contracting Co. as the construction management firm and LS3P Associates as the project’s architectural firm.