Mooresville – A few weeks ago, Vinny Giglio and Amy Jarrett likely attracted curious glances along South Main Street as they hauled various bricks from place to place, set them down, stepped back to see how styles and colors blended with the surroundings, and moved on to other spots.

But if the results of those preliminary design steps by Giglio and Jarrett – half of the MV2 Investments development team – deliver accolades similar to previous company efforts, the awkward stares will be a pleasant memory. 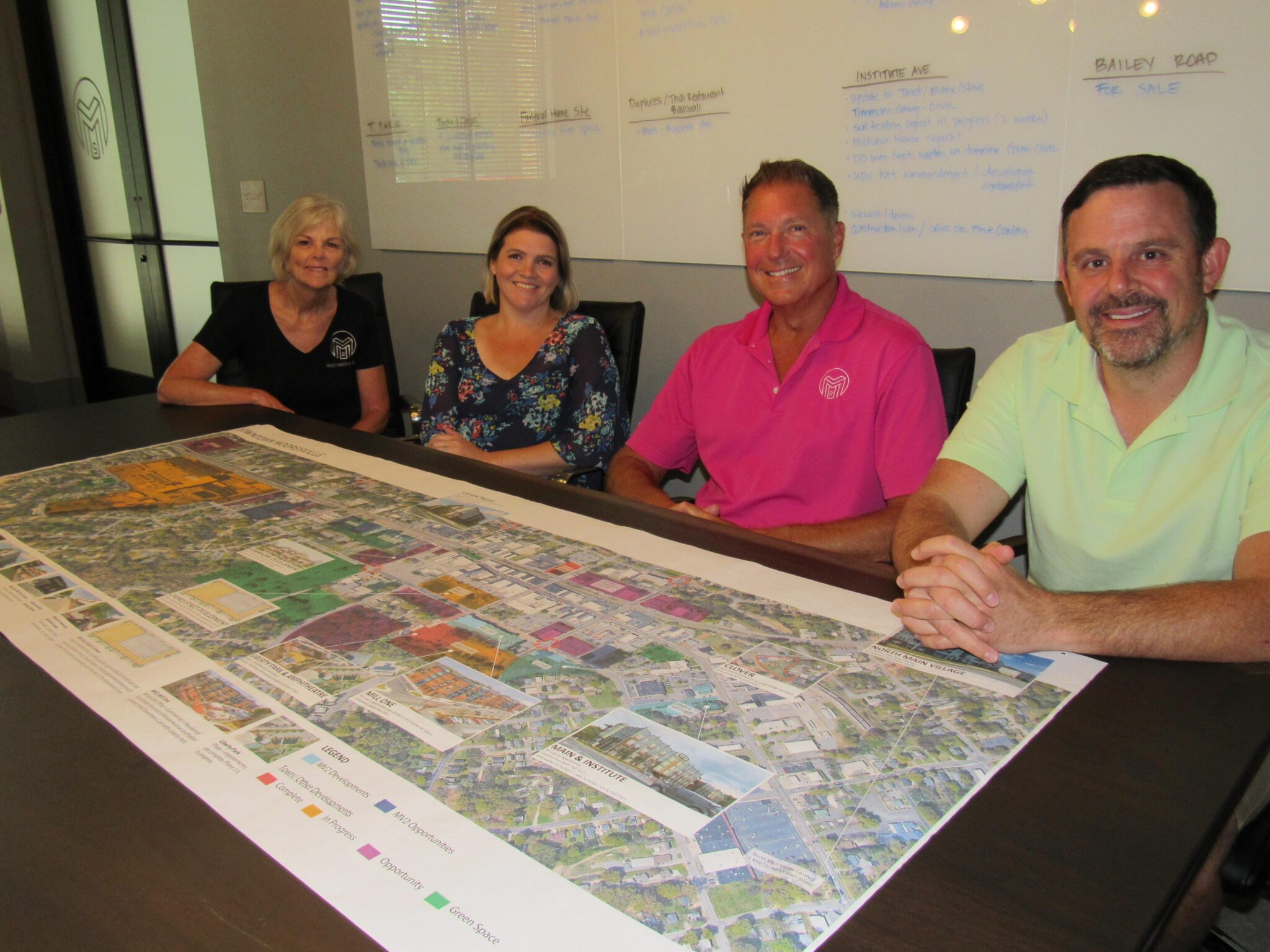 MV2 consists of managing partners Giglio and Mark Halteman, Jarrett as vice president of operations, and design and administrative manager Lee Ann Giglio. The team is responsible for the North Main Village apartment complex, Mill One on Church Street and the under-construction Station Two22 on South Main Street.

Combined, the projects – with the bones of Station Two22 just taking shape – will provide about 40,000 square feet of downtown retail space and 244 apartments, about one-fourth of the new residential units the downtown area needs, based on a town study conducted several years ago.

And MV2, with ventures in Cornelius as well as the Turks and Caicos Islands, is now concentrating solely on searching for and securing downtown properties, working with the town and designing future projects to not only help supply meet demand, but also meld with specific locations and the overall character of Mooresville’s Main Street corridor.

“We’re focusing on downtown Mooresville, nowhere else,” Vinny Giglio said during a meeting with all four MV2 representatives at the company’s Mill One office. “I think that’s important for people to know. This is where we want to be. What’s happening here is something we want to be a part of.”