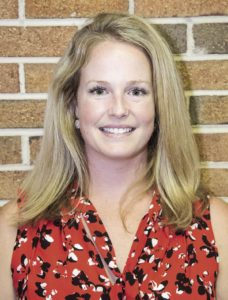 Statesville, NC – January 30, 2021 – Iredell EDC announced Marian Steele Clark as the newest member of organization’s Board of Directors. Clark recently took the helm as President of J.C. Steele & Sons in February 2020 and is in charge of finance and all manufacturing operations in Statesville, North Carolina, where the company has its headquarters. She also manages the company’s Australian subsidiary, Steele Australia. J.C. Steele & Sons is a family owned company headquartered in Statesville and opened its door over 130 years ago in 1889. Clark is the fifth generation of Steeles to run the company.

Clark is no stranger to serving the community.  She is a Board member on the Foundation of the Carolinas and served as President of the United Way and the Chair of the United Way’s Iredell County COVID-19 Response Fund.

“We are thrilled to have Marian Clark join our board leadership. J.C. Steele & Sons has been a long time supporter of economic development in Statesville and Iredell County. Ms. Clark has been engaged in the EDC’s existing industry efforts, through participation in our recently launched Industry Leaders Council.” said Jenn Bosser, President & CEO, Iredell County Economic Development Corporation. “She will bring a unique perspective as a leader and manufacturer in Statesville and Iredell County.”

About: Iredell County Economic Development Corporation is a private, non-profit corporation dedicated to economic prosperity in the County.  Iredell EDC strives to increase the non-residential tax base by encouraging the creation of jobs and investment through industrial and commercial recruitment, expansion, and redevelopment.  For more information visit, www.Iredelledc.com