A project in the planning stages for at least a decade – and with “what if” discussions dating back another seven years or so – is moving from the drawing board to dirt moving in the coming months following ceremonies signifying the cementing of partnerships between the town and four stakeholders. 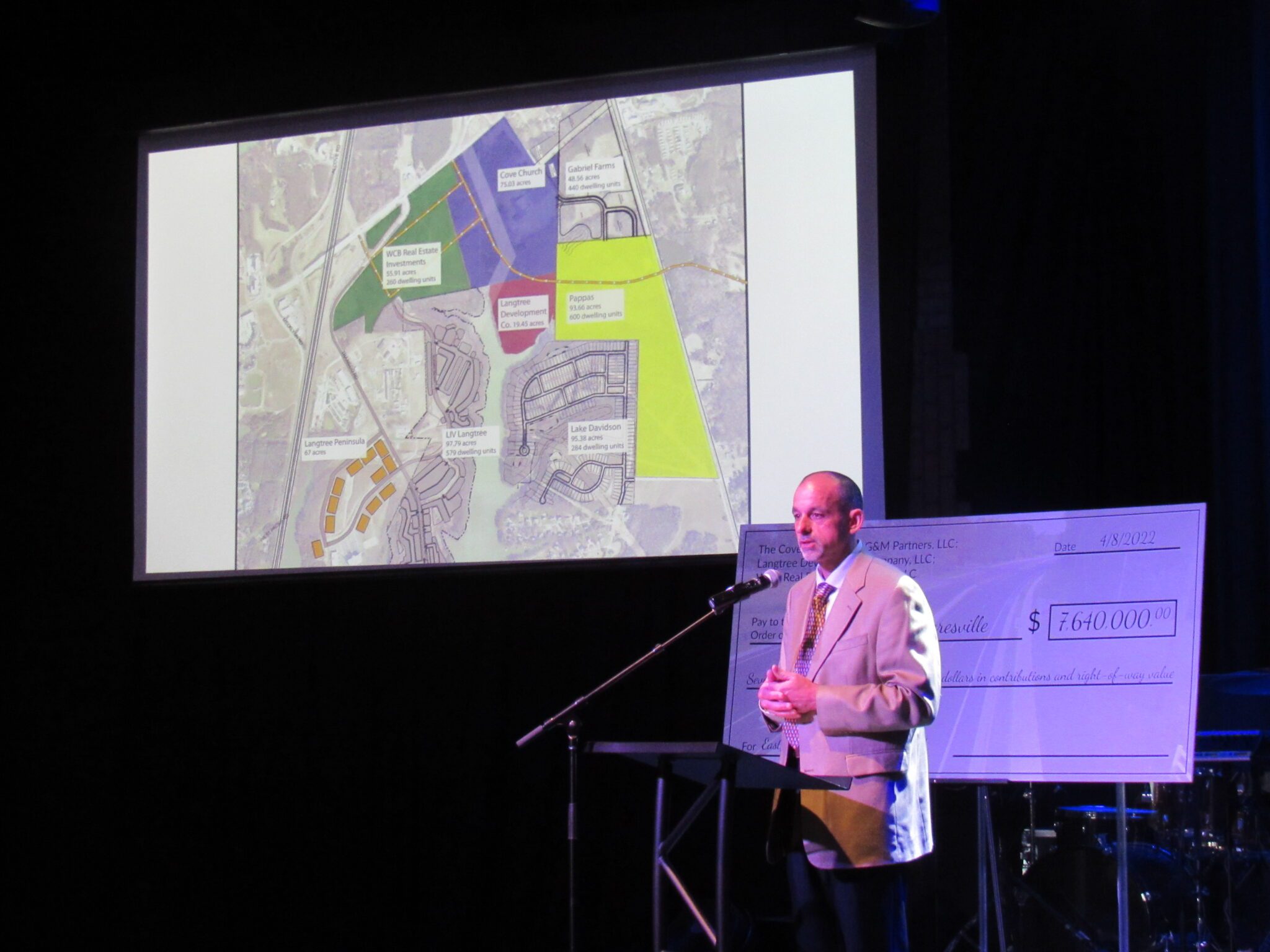 Mooresville Engineering Services Director Jonathan Young described the East-West Connector’s progress toward reality as “a long road, and definitely not an easy one,” adding the project provides a “rare opportunity to get ahead of traffic.” /Lee Sullivan

A “signing day” gathering for the first phase of Mooresville’s East-West Connector was held April 8 at The Cove Church recognizing $7.64 million in money, land and right-of-way contributions representing the final hurdle in plans – backed by a $13.6 million federal grant and a town commitment of up to $3 million – to build a four-lane road connecting Langtree Road to N.C. 115. It will serve as the main artery for planned commercial and residential development on around 500 acres south of Langtree Road bordered by Interstate 77, Lake Norman and N.C. 115.

The eight-tenths-of-a-mile road, envisioned as the first leg of an alternative route through southern Mooresville to eventually connect to Shearers Road at Rocky River Road near the Food Lion-anchored Rocky River Promenade shopping center, will be a divided highway with 10-foot-wide multi-use paths on each side. The new, signaled N.C. 115 intersection will be about seven-tenths of a mile south of the existing Langtree/ N.C. 115 intersection, which will remain.